"I Wanna Punch A Celebrity" 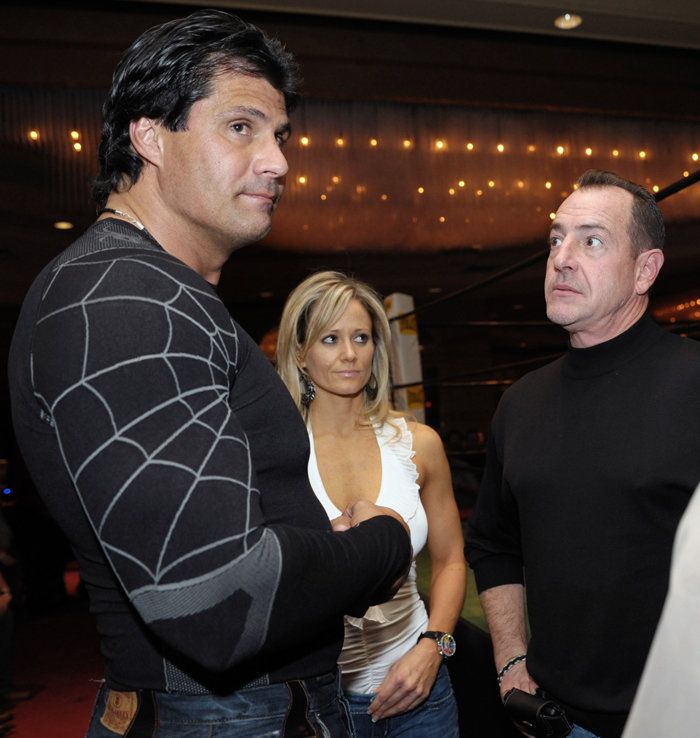 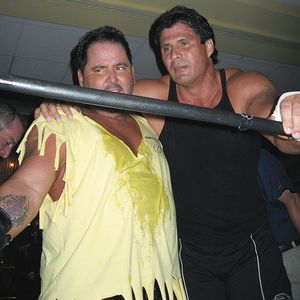 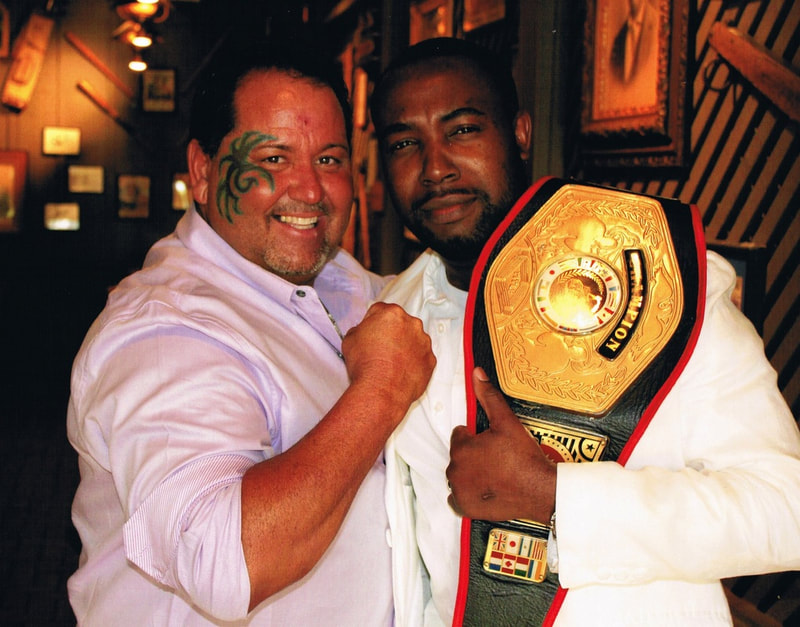 ​Admit it…. How many times have you sat in front of your television or computer and uttered the following, “Man, I can’t stand that Jose Canseco …… I wanna punch that baseball cheat in the bleeping face!”

Age 1 Entertainment proudly presents: “I Wanna Punch A Celebrity”, a brand new Reality TV Program that gives ordinary/everyday American citizens the chance to enter a contest in which the grand prize winners are awarded the opportunity to step into the ring and fight one of several “Polarizing Celebrities” in a series of amateur-style boxing matches taking place in the fight capital of the world, Las Vegas, NV.

“I Wanna Punch A Celebrity” will select 8 different U.S. cities and then search (via social media ads and web site applications) for 8 different opponents to compete against Celebrities in a series of amateur–style boxing fight cards that will be promoted by Age 1 Entertainment.  The other, and more cost-effective, scenario would be to select 8 local fighters/celebrity opponents from the same city (such as Las Vegas) and then rotate the series to a different city for the next season and each additional season. The grand prize winners of our contest will all fight celebrities in a boxing match, consisting of three, two-minute rounds , complete with a referee and three judges appearing ringside.  All fighters will wear certified headgear, 16 ounce gloves and a mouthpiece to protect themselves from sustaining injury.

The boxing matches will be held during two separate fight cards (promoted by Age 1 Entertainment) taking place on two separate weekends, at the same hotel/casino venue, and each fight card will consist of four celebrity fights and four undercard bouts featuring local amateur fighters (the undercard bouts will not appear during the television series, the aforementioned fights are only on the card for the entertainment purposes of the paying customers in attendance on those evenings.)

“I Wanna Punch A Celebrity” promises to be one of the most interactive (if not, the most interactive) Reality TV Program in the history of Reality Television.  First, the program will use all forms of “traditional media” and “social media" to engage and involve its viewers as well as, potential contest winners.  Local TV News stations, Radio Stations, Newspapers and a plethora of social media web sites will be involved in cross-promoting “I Wanna Punch A Celebrity” and its corresponding fight cards, encouraging locals to “fill out contest applications”, “vote” and “sound off” on all aspects of our program's content (including the suggestion of potential fighters/future fights, etc.)

Second, both terrestrial media and social media will help to notify the general public as to the location of several kiosks that will appear inside popular shopping malls, retail outlets, restaurants, etc. where the everyday citizen will have a chance to stop by and fill out an application in person to enter the contest.  There will also be an official web site, with accompanying social media channels, where people will be encouraged to fill out applications online, and sound off on the celebrities they would like to punch in the face.  Using sites such as; Facebook, Instagram and Twitter, will give fans the chance to rate fights, discuss fights, vote on future fights, “call out” other celebrities for potential fights, etc... The possibilities are endless when it comes to interaction with the general public!

During this 8 episode Reality TV series, each winner selected to fight a Celebrity will be flown (if applicable) and transported to a Las Vegas Hotel/Casino at least two days prior to the fight in an effort to attend the official pre-fight press conference, weigh-in and pre-fight party.  All of which will be captured and recored on video for the Television program, which will air on National Television at a night and time TBD, following the completion of each fight weekend.

Veteran TV Sports Personality/Broadcast Journalist, AJ Vittone, will serve as the program’s Host and Lead Fight Commentator, while Ray Leonard Jr. (son of Boxing Legend & Hall of Famer, Sugar Ray Leonard and former Celebrity Boxer) will serve as the color analyst for the “fight night” portion of the program.  The program will also feature special guest appearances by Hall of Fame Boxing Legend and Icon, Sugar Ray Leonard, Former 2-Time World Champion and Legendary Hall of Fame Boxing Trainer, Buddy McGirt, former 5-Time World Champion, Vinny “The Pazmanian Devil” Paz, and several other Boxing, Sports and Entertainment Celebrities!
​
Each episode will be produced similar to the Reality series, “The Contender” (showcasing the build-up/hype to one specific fight between Celebrity and opponent) and will consist of multiple camera crews following around The Celebrity and his or her opponent for the entire fight weekend.  Cameras will capture everything from the fighter’s arrival to all of the pre-fight preparation, media hype, press conferences, weigh-ins, interaction with family and friends, interaction with the local community, pre-fight meetings, visits to the physician for a pre-fight medical exam, warming up in the locker rooms before the fight and of course, the live-to-tape broadcast of the actual fight itself, in its entirety, with “blow by blow” broadcast commentary, etc.  Of course, there will be plenty of pre-fight as well as post-fight interviews with all of the fighters and their trainers, family members and close friends, appearing throughout each program (similar to “The Contender”.)

If you’d like to punch a guy like Michael Lohan in the face…. This is your chance America…. Be prepared to sign up for this once in a lifetime opportunity to fight a “polarizing” Celebrity, inside of a boxing ring, in Las Vegas, on national television!

“I Wanna Punch A Celebrity” is guaranteed to be the talk of the nation, a favorite of TMZ, Buzz Feed, E! News, etc. and an instant pop culture phenomenon!

I mean, come on, let’s be honest here….. Who doesn’t want to punch a Celebrity, right?

PROGRAM TITLE:  “I Wanna Punch A Celebrity”, a Reality TV Program where the everyday ordinary John Q. Public can win a chance to fight a Celebrity in an amateur-style boxing match taking place in Las Vegas, NV, and appearing on National Television.

EPISODIC BREAKDOWN SUMMARY:  Each episode will showcase one boxing match (celebrity vs. grand prize winner) and it will begin with all of the pre-fight preparation, build-up and hype regarding the aforementioned boxing match (including sound bites from several pre-fight interviews with all of the participants) and each episode will end with the boxing match (celebrity vs. grand prize winner) in its entirety featuring “blow by blow” commentary from the broadcast talent ringside and of course, sound bites from the post- fight interviews with each participant.
​

(The following fees could be easily reduced due to sponsorship)

Total Venue ONLY (assuming there is no sponsorship for the above section) = $9,900