get the exposure your career deserves 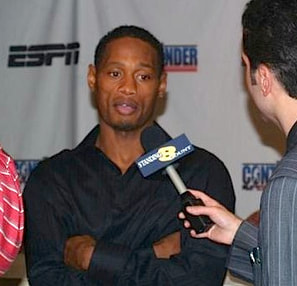 Do you want to receive the maximum exposure for your career or company?  Well, if you do, then you've certainly come to the right place!

We don't just send out press releases at Age 1 Entertainment… Not even close.  Public Relations is much more than just clicking "send" on a computer and punching a clock.… Here at Age 1 Entertaiment, we pride ourselves on being true "Career Choreographers" - shaping, defining and mastering your image and brand, in an effort to deliver your desired results immediately.

We proudly posses a very distinct and clear advantage at Age 1 Entertainment, due in large part to the fact that many of us have worked in the media for decades…. Which means, we've spent time on the other side of the equation and because of that experience, we know EXACTLY what the media looks for and wants, when it comes to news-worthy items…. As a result, we're pitching you to media outlets in a language that media outlets can comprehend - In other words, unlike most of the other PR companies, we speak the language of the media fluently and, in doing so, can guarantee results that no other PR company can!  Think about it…. We KNOW the media because…. Well…. We ARE the media!

In 2007, we took an unknown middle-aged portly fellow walking the streets of Pittsfield, Massachusetts and, with creative packaging and image branding, turned him into an "instant celebrity" who is now pursued regularly by such Entertainment outlets as, TMZ, Radar Online, Perez Hilton, The Daily Beast, etc.  His story has also been featured on CNN, HLN, FOX News Channel, ESPN and several other national, regional and local media outlets (TV, Radio & Print) throughout the entire country and beyond!  His name is Todd "The Punisher" Poulton - The World Heavyweight Champion of OCD, and his newly created charitable foundation is called, "Warrior of Hope."

Not to mention, we helped Professional Boxer, Peter Manfredo Jr. (Star of the NBC Reality Series, "The Contender") launch his clothing line, Phatdadde Clothing and Apparel.  A clothing line that was featured all over the World on such LIVE TV Broadcasts as, HBO World Championship Boxing, Showtime Boxing, ESPN Boxing and ESPN2 Friday Night Fights, Versus Boxing, etc.  The Clothing line was also worn and endorsed by other Athletes and Celebrities from the World of Sports and Entertainment.

We've also handled PR and Publicity for "Celebrity Boxing" and many of its fighters including, Sugar Ray Leonard Jr., Jose Canseco, Michael Lohan, Jonny Fairplay, Rodney King, Anthony Stallone, etc….. And it doesn't stop there, we've done PR for many other events, production companies and individuals including, Sport Karate Legend and Star of the "Bellator Kickboxing" series, Raymond "The Real Deal" Daniels, and Matt "Leg Breaker" Betzold, a popular Amputee MMA Fighter from Arizona (now fighting out of California.)

No one can deliver the type of exposure that Age 1 Entertainment can…… We don't just do Public Relations, we proudly turn people and companies into household names.

Some of our clients have included the following….